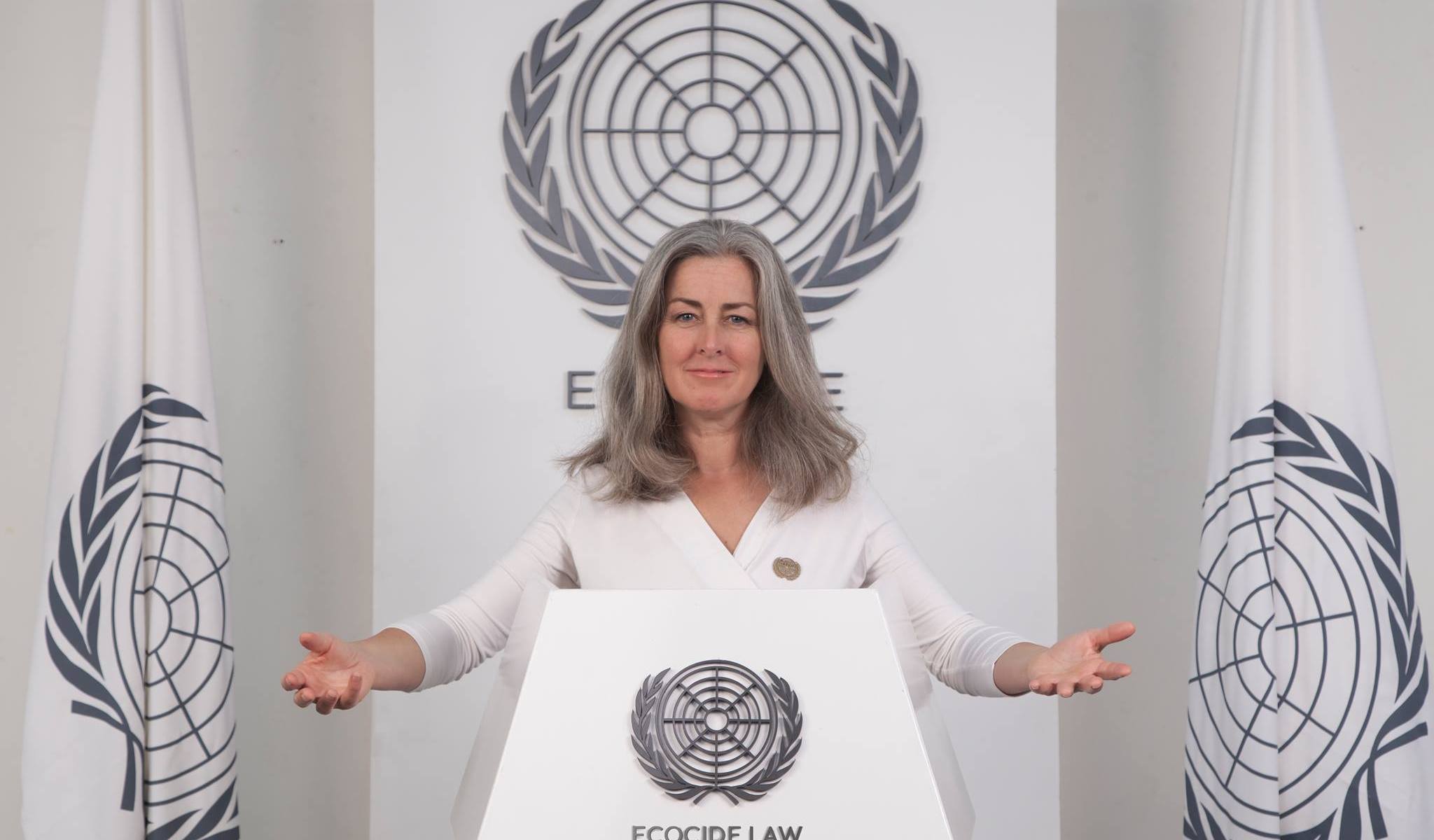 Polly Higgins – on passing the baton

In the last week of March 2019 Polly Higgins was diagnosed with an extensive and aggressive cancer.  I posted the following on a FB page of which I am a member.

“I think most of us know and adore Polly Higgins. For those who don’t here is a brief description from Wikipedia:- Polly Higgins is a Scottish advocate and expert in ecocide. She presented to the United Nations Law Commission a proposal for ecocide to be recognised as an international crime. Higgins is also the author of Eradicating Ecocideand creator of the first non-commercial trust fund for Earth Protectors… Polly Higgins has cancer in her left lung (partly collapsed), sternum, spine, oesophagus and liver.  It has happened fast, and according to medical prognosis, her life expectancy is currently around 6 weeks.  She has been informed that it is beyond the scope of conventional medicine to operate. …How you can help…”

Four weeks later Polly passed away. The out pouring of love and compassion amidst grief continues. And so does her mission.

“Polly, who has died aged 50 of cancer, had begun to see the climate activist movement take up her call in the weeks before her death, with Extinction Rebellion actions demanding that ecocide law be established around the world.” Obituary in The Guardian.

We are being called to pick up the baton and spread the word whilst the lawyers in the team continue her work. In the words of Jojo Mehta, writer-activist who worked closely with Polly, imagine a world with a million Conscientious Earth Protectors…

With a million Earth Protectors standing with them, the climate-vulnerable states brave enough to take forward ecocide law will feel safe, and visible, and supported – states like Vanuatu, whose Ambassador, in a deeply moving gesture of acknowledgment, presented a traditional burial mat upon which Polly’s willow casket was ceremonially laid in the Earth last Friday.

This visibility and support is crucially important to prevent intervention by vested interests.

And our legal team will be resourced to provide the expert assistance Polly spent her last years laying the essential groundwork for.

So here’s the challenge – how will you sign up your first five, twenty, one hundred Earth Protectors?

WHAT DO YOU SAY TO YOUR FRIENDS?

There is no more powerful tool to protect the Earth, because when ecocide becomes a crime, corporate behaviour is forced to change. Not because CEOs become liable to prosecution (although they do and that’s an exciting prospect) but because ECOCIDAL PRACTICES BECOME ILLEGAL They can’t be permitted by governments, underwritten by insurers or backed by investors… and so they have to stop.

For 2 minutes and a fiver to become an Earth Protector, I’d say that’s worth a punt.

Polly certainly thought so – she bet her whole life on it. Let’s make sure her work is not wasted.”

“Ecocide will become a well known word, a label for the current harm, the practice of which leads to criminal conviction. Being illegal the rate of destruction on Earth will decrease dramatically and restoration can proceed faster than the destruction. “